The Management and Members of the Kloma Hengme Association say their congratulations to Prof. Gabriel Teye Ayum

DPSI reaches out to needy and abused children

Statement: Unlike Politicians, Media Must Not Fail West Africans - MFWA

Open letter to Mahama: Reflections of a failing government

Ferguson shooting: Protests spread across US

Methodology by which we teach children in Ghana is archaic

No bright future with dim MPs!

5 million illegal immigrants in the U.S to escape deportation

Abdul-Rahman Kassig: US hostage 'killed by IS'

The water story: breaking the myth of eight glasses per day

Rhythms of Thoughts: Dealing with the Shabab syndrome

Encouraging children to involve in sports

Donation Made to a brilliant student- cdl practice test

Lt Col Zida handed over as head of state to Michel

Col Zida had been among officers who took power when then President Blaise Compaore was forced to resign on 31 October during mass protests.

He declared himself head of state but on Tuesday oversaw the swearing-in of former Foreign Minister Michel Kafando as interim president.

The moves followed agreement on a year-long transition to elections.

The transitional charter imposes tight controls on the replicas relojes powers of Mr Kafando, who was the army's choice as interim leader.

The document calls for an interim legislative chamber to be installed until elections next year.

Col Zida is now expected to hold talks on forming a transitional government.

Mr Compaore first seized power in a coup in 1987 panerai replique montre and went on to win four disputed elections.

Tens of thousands of people took part in protests in Ouagadougou in October over moves to allow him to extend his rule.

Correspondents say the army has been given credit for averting chaos but the appointment of Col Zida may raise doubts about its promise to restore civilian rule. 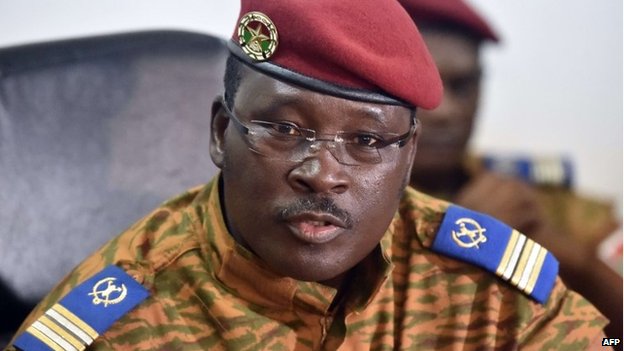 Some people also regard Col Zida as part of the old order - he was a senior officer in Mr Compaore's presidential guard.

Before Col Zida's appointment, the United States  and some other countries urged the military to hand back power to civilians or face the prospect of economic sanctions.

The US said Burkina Faso should "select individuals to replica hublot serve in the transitional government who are firmly committed to a democratic, civilian government".

Do you have an article for publication? Please email it to editor@manyakrobo.com.